The Telos-based Tokens (TLOS), NFT’s, and Smart Contracts are being used for DeFi, Gaming, Social Media and a host of other real-world uses across multiple industries. Over 100+ projects are already being built on Telos. As a smart contract blockchain, Telos is built on EOSIO software. It uses Delegated Proof of Stake (DPOS) consensus.

And, Telos’ blockchain reportedly offers dApp developers block times of 0.5 seconds, transaction rates of over 1000 transactions per second, and free transactions. Telos is the first EVM-compatible blockchain platform. Based on this, Ethereum Apps can be deployed and run using Telos EVM for a highly performant DeFi. 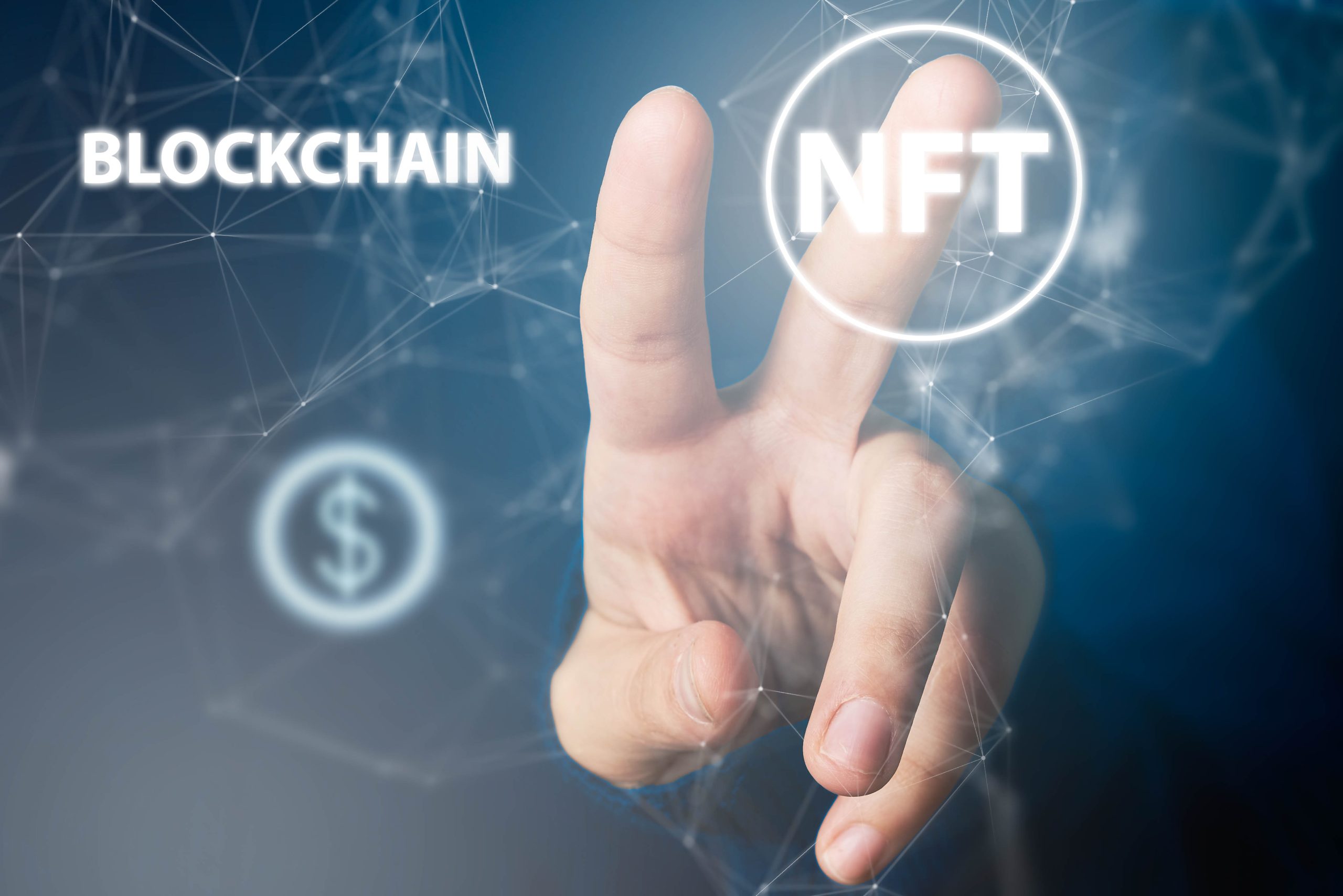 However, Telos (TLOS) has been on a decline since the beginning of December 2021, after a few accounts were compromised by a private key-sniffing malware (Telos Sign). However, the launch of Telos EVM (Ethereum Virtual Machine), an $8m strategic deal, listing news, and DeFi partnerships boosted the crypto in November. At the time of writing on January 13, the telos token price was at $0.517, 59.61% below its all-time high on 23 November 23, 2021 was $1.28.

This third-generation blockchain platform that aims for building fast, scalable distributed applications with feeless transactions, launched its mainnet in December 2018. Telos has a current CoinMarketCap ranking of #359.

A TLOS crypto price prediction could depend on the team that handles the malware attacks and promotes Telos EVM as a safe crypto gateway. And, the Telos mainnet has been holding on strong for the last three years.

Now, what is the telos coin price prediction for 2022 and beyond?

What is Telos Coin

Developers can create blockchain applications on the TELOS network, with user experience similar to traditional applications. The crypto network also offers dApp developers 0.5-second block times (which is 24 times faster than Ethereum), over 1,000 transaction rates per second and free transactions.

The blockchain launched its Telos EVM – Ethereum Virtual Machine mainnet in October. It runs existing solidity contracts without modification, just like Ethereum. But it’s faster than Ethereum, has higher capacity and is 1/100 of the cost of Ethereum gas fees with no front running. Telos EVM’s transaction fees are so small that sub-dollar trades are feasible, making DeFi trading accessible for everyone.

The Telos Network is based on the EOSIO software, and is around 17,000 times more energy-efficient than other networks. The telos coin is marketed as an environmentally friendly coin and part of a sustainable world.

Since the mainnet went live in 2018, launching with no ICO or venture capital funding has helped the blockchain network grow in a decentralized fashion. The cryptocurrency’s founders were given 18 million tokens at the launch and the Telos Foundation 6 million. As of 6 January 2022, there was a total supply of 355 million TLOS, with 270 million TLOS in the circulating supply. At the time of this writing you can purchase the coins from KuCoin, Gate.io, Uniswap, PancakeSwap, and Bitfinex.

According to the Telos’ whitepaper, its governance structure gives developers and the community members significant control of the blockchain platform, compared to other cryptocurrencies. Telos coin news has been focused around three major themes in the past few months: Telos EVM, DeFi partnerships and Telos Foundation board elections.

Elections will be complete by 4 January 2022, and the new Telos Foundation board will roll out. Telos EVM has been live since November 2021, bringing high-speed DeFi. While Guido Vranken of Sentnl was auditing the Telos EVM smart contract, he discovered a security vulnerability in Go Ethereum (Geth) code.

One Telos project is TelosPunks. The concept is based on CryptoPunks. It will feature 10,000 collectible characters, created for the Telos EVM, courtesy of NFT artist The Big Gooey. Initially, TelosPunks will be airdropped to random Telos EVM wallets and be available from the TelosPunks.com website. The goal is to generate approximately 10 million TLOS in revenue by the time all 10,000 TelosPunks have been sold.

Telos has been on an uptrend since the beginning of 2021. The blockchain team has been attracting users and investors with the Telos EVM launch, giving sneak peeks into the process, being named the most energy-efficient blockchain, and receiving an audit certificate from Sentnl.

On 9 November 2021, Telos raised $8m in funding from a group of five prominent crypto investors, led by ConsenSys and Polygon investor John Lilic. According to reports, the strategic deal could provide a major capital boost to the blockchain before the launch of the Telos EVM platform.

In the deal, 8 million tokens were sold at $1 each, TLOS was trading at $0.90 that day. Investors paid a $0.10 premium on the market price. The total amount was distributed to the Telos Ethereum Gnosis safe. It will be dispersed between the Telos Foundation, Telos Core Developers and the liquidity fund.

Positive news, the launch and adoption of Telos EVMs, and strategic partnerships helped TLOS to move higher in November. The token hit an all-time high of $1.28 on 23 November 2021.

The telos price started dropping in December amid a malware attack. Douglas Horn, chief architect of Telos blockchain, addressed the community on 7 December 2021. The report noted that Telos Sign was the commonality between the 10 users that were attacked by private key-sniffing malware.

The malware accessed users’ private keys. The Telos EVM and the Telos blockchain were not compromised. A lot of metadata was left behind and the Telos team is running an investigation on it.

Will the SushiSwap and AnySwap launch on the “lightning-fast Telos EVM” work out? Will the token manage to come out of its slump with the help of TelosPunks? Let’s look at some algorithm-based TLOS forecasts.

When looking for telos coin price prediction, it has to be kept in mind that analysts’ and algorithm-based forecasts are based on the fundamental and technical study of the cryptocurrency’s past performance. Past performance does not guarantee future results. These predictions can be wrong.

It’s important to do your research and always remember your decision to trade depends on your attitude to risk and how comfortable you feel about losing money. You should never invest money that you cannot afford to lose.

Cryptocurrencies are volatile. You should always do your research before investing.

According to Wallet Investor’s prediction, by the end of 2022, telos could touch $1.58 and $5.634 by 2027. However, these algorithms are based on past performance, which cannot guarantee future results.

Wallet Investor predicts the price to reach $5.634 by 2027. However, these algorithms do not guarantee future results. You should always do your own research before investing, keep track of market trends and never invest money you cannot afford to lose.

Go to CoinMarketCap and search for Telos. Tap on the button labeled “Market” near the price chart. In this view, you will see a complete list of places you can purchase Telos as well as the currencies you can use to obtain it. Under “Pairs” you’ll see the shorthand for Telos, TLOS, plus a second currency. The second currency is what you can use to purchase Telos. If you’d like to purchase TLOS with the U.S. Dollar, look for TLOS/USD. (Source: How to Buy Telos | Coinbase).

And remember, always do your own, thorough research prior to any investment decision.

« Telos EVM DApps and DeFi | Roadmap 2022 and Beyond
What Are Crypto Launchpads And How Do They Work? | 5 Steps To Research And Assess ICOs, IEOs, IDOs 2022 »