Ethereum Virtual Machines (EVMs) are one of the most game-changing topics in the DeFi space of 2022. Take a look at the top EVM-compatible blockchains and some key metrics such as speed, cost, security, decentralization levels, regulatory & legal, to compare and contrast the seven most trending networks on this EVM-based chains list 2022. 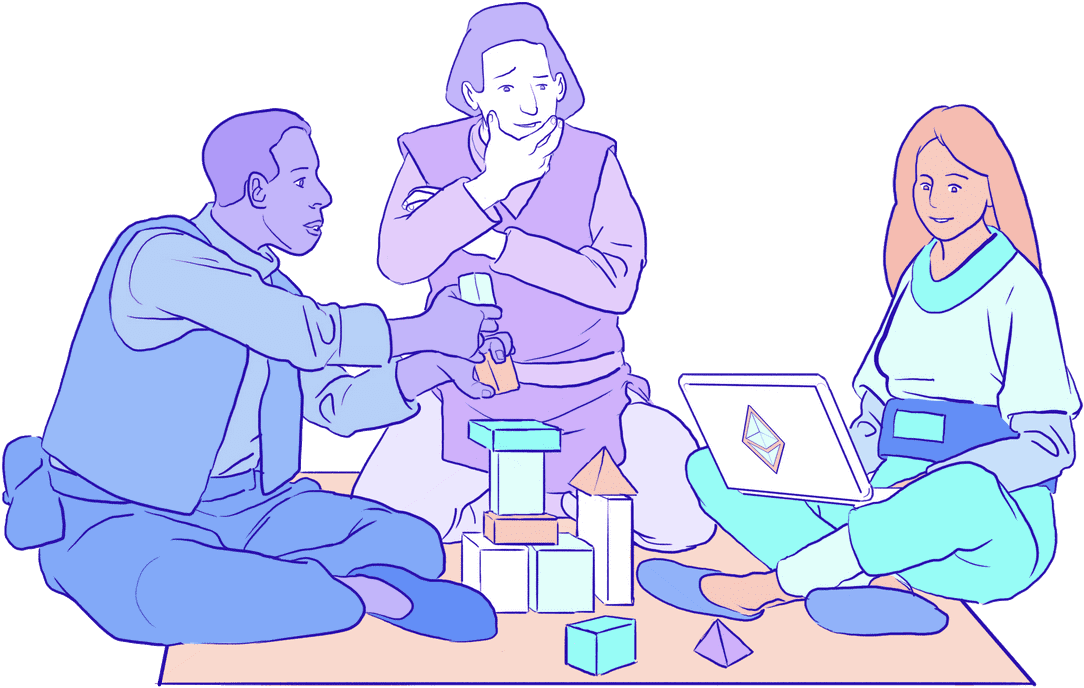 “I’m always worried about the tech stack I pick when I want to build a new product. During the periods of decision, I usually try to compare different technologies and options in order to find the one that best fits my project.”

In this article, get the key insights based on Jesús Carlomagno’s research when comparing the top 7 EVM-based chains. For his comparison he picked the most popular and trending EVM-compatible chains for 2022:

For the comparative analyses, the following key metrics have been put to the test:

For the speed comparison, it would be best to consider the two main metrics that concern velocity: Capacity and block time which ultimately equate to TPS (transactions per second). The problem is that capacity is a variable that many of these chains are grossly exaggerating.

Some of them claim tens of thousands to even a million TPS yet many of them have literally crashed their networks with far less. For example, Fantom claims hundreds of thousands in TPS yet their network degraded with just double-digit numbers back in February 2021 and multiple public user reports have claimed that Polygon is heavily congested at less than 100 TPS.

Out of the entire list, the only protocol whose claims have been proven through benchmark testing is Telos (via Jungle Testnet). Ethereum has also showcased maximum capacity via real-world thresholds. With that being said, I think it is fair to claim that if a chain has halted or degraded at a specific TPS, then that number should be their maximum TPS to note.

Regardless, as you can see the TPS/capacity issue is complex so I will be focusing only on block time. Block time is a black and white variable and it can not be easily exaggerated. To deliver accurately on TPS, one would need to have a massively high-powered server network, a cannon script, and lots of money for gas fees to bring some of these networks to their thresholds.

Also worth noting is that a chain that can sustainably deliver 2500 TPS is a chain that has enough capacity to literally generate blocks for every single existing chain and all of their forecasted future demand for the next decade. This fact alone makes these fisherman tales of hundreds of thousands of TPS somewhat ridiculous. Especially when their chain degrades at a fraction of their marketed thresholds.

If we visit the official sites of the described chains, we find that some of them show inaccurate information about these metrics. Therefore, we are using the stats sites of each one of them as the source of information.

In conclusion, we can say without any doubt that Telos has the fastest block times.

The best metric to compare when it comes to costs is the transaction fee (Tx fee). In this case, we can do a similar comparison, taking the highest and lowest transaction fee price of the current day.

Again, Telos stands out from the rest. The gas fees are very cheap, even in the highest transaction. They are the only chain with fixed prices that do not move linearly with the coin price. This steadiness makes it much easier for dApps to build a predictable business model.

For comparing blockchain networks in terms of security, we are going to take as a reference a DeFi/NFT trade attack called front-running. This is a kind of attack where the attackers (usually bots) exploit open information about the blockchain transactions and take advantage of it at the expense of the trader.

A common example of open information can be found in mempools. Mempools are platforms for transactions that have been sent to the network and are about to be packaged into blocks. There are open APIs and websites where the attackers can observe the transactions and try to attack.

One of the most popular attacks is the sandwich attack where the attacker creates transactions before and after the attacked transaction to produce mobility in the currency price. This is achieved by setting the gas price of the transaction in such a way that the mempool algorithm sorts them in that order.

As a result, the attacked transaction pays a higher price for the currency and the last attacker’s transaction absorbs this extra price paid by the victim.

In this metric, the only chain that has solved this problem effectively is Telos. Due to their governance and fixed transaction fees, there is no way to reorder the mempool queue. On Telos, the selection algorithm never sorts the transactions by gas fee, it is strictly first in first out architecture. Also, the half-second block times are just too speedy for manipulation.

So, following the table structure used previously, this results in:

Telos is the only platform that fully protects transactions from front-running attacks.

Regarding the decentralization level, it is key to understand a few fundamentals as background about the chains to grasp how decentralized (or not) they are. After that, the 3 possible results can be presented as:

🟢 Green: For chains that are decentralized by design and without any precedent of centralization issues.

🟡 Yellow: For chains that are decentralized by design and with some precedent of centralization issues.

🔴 Red: For networks that are centralized by design.

In a decentralized chain:

Almost every chain on this list fails to comply with all of these variables. Even Ethereum, their validators are not equal in size. Specifically, because of their uneven validator sizes, all it would take is 4 to 6 of their largest validators to team up to form a majority.

Other chains share the same problem plus they also have ownership majority issues that make them extremely centralized.

A few of the chains are also heavily situated in specific regions, making them vulnerable to government involvement.

Telos is the only chain on this list that delivers on every one of these variables. It should be noted that just because a chain is peer-to-peer doesn’t mean that they are truly decentralized.

There was an Infura debacle in 2020, where the Ethereum network suffered outages and a non-intentional hard fork due to mistakes made by the core developers. This raises some doubts about the decentralization state of the network. If a little group of people has this level of responsibility (and control) over the network, is it truly decentralized? We can take this as a precedent of centralization issues:

Similar to the previous section, the EVM-compatible networks can be classified by “legal matters/ coverage” even though there is no particular metric for this. The regulatory and legal coverage and status of each one of the platforms can be clearly seen by looking at some of the precedents.

At the moment blockchain is still the wild wild west but what should echo in every utility blockchain enthusiast’s mind is that it has been said, by the SEC, that an initial coin offering (ICO) sale instantly categorizes a blockchain as security. All securities will need to file with the SEC and abide by all security laws. Former SEC chair, Jay Clayton, and current SEC chair, Gary Gensler, have both publicly taken this stance.

I know I am starting to sound like a broken record but it should be noted by all enthusiasts that Telos and Bitcoin are the only chains to have never done an ICO.

In the case of Binance, among many other precedents, the company and the Binance Smart Chain network were put under investigation by some government agencies in the United States on allegations of money laundering and tax offenses.

A recent critical bug on the Polygon network provoked a hard fork putting at risk $24 billion in tokens, which definitely can lead to legal issues.

Fantom is in the middle of a legal battle for copying a patented algorithm from Hadera’s project, which can lead to a serious legal problem for the network.

Avalanche is passing through a delicate situation since some of the blockchain networks such as Ripple are being sued by US regulators. This is a concern for Avalanche because they have similar compliance profiles.

On the other hand, Telos, Moonbeam, and Ethereum seem to have not been implicated in any legal issues so far.

In terms of customer support, we can define 2 main metrics: support documentation and how easy it is to contact support for help.

Now, let’s put all of this together, counting the green points of each category as 1 point, the yellow ones as 0.5 points, and the red ones as 0. This way the total score for each network can be obtained. The following table shows the overall score for each one.

Based on the results, Telos is by far the best EVM-based blockchain network with a score of 9 points, followed by Ethereum with 2.5 points, and Polygon & Moonbeam with 2 points each. This is the cumulative ranking result in terms of the analyzed items previously described.

The blockchain world is huge and chaotic, and it is very difficult to understand differences and compare each cryptocurrency by every characteristic or metric. For this reason, different points of comparison have been defined and applied to compare & contrast the top EVM-compatible blockchains. However, please know other possible criteria and characteristics were intentionally skipped for the lens of this analysis since it would be impossible to compare all potential factors in an article like this – plus, it would unnecessarily complicate the scope of the review.

EVMs are one of the biggest topics of interest for developer communities because they are the platform on which entire applications, infrastructures, tokens, and even organizations are built. So, it is very important to keep track of new currencies and blockchain networks around to help understand where the industry is going. Here, a very interesting result came out. The Telos EVM network seems very solid and is poised to be one of the most relevant networks in the upcoming months or years.

Via this site: Comparing EVMs: A Developer Perspective