A number of key technical indicators point in the direction of an increasing bearish momentum for Bitcoin (BTC) and Short-Term Holders (STH) increasingly realizing losses in response to volatility.

In the last week, the Bitcoin (BTC) price chart showcased the bullish recovery facing rejection near $44,600, resulting in a retracement to the $39,650. However, the recent growth in selling pressure evident by the 4.65% fall over the last 24 hours results in the $39,650 fallout. Will Bitcoin prices create a bottom at the next support of $36,350? 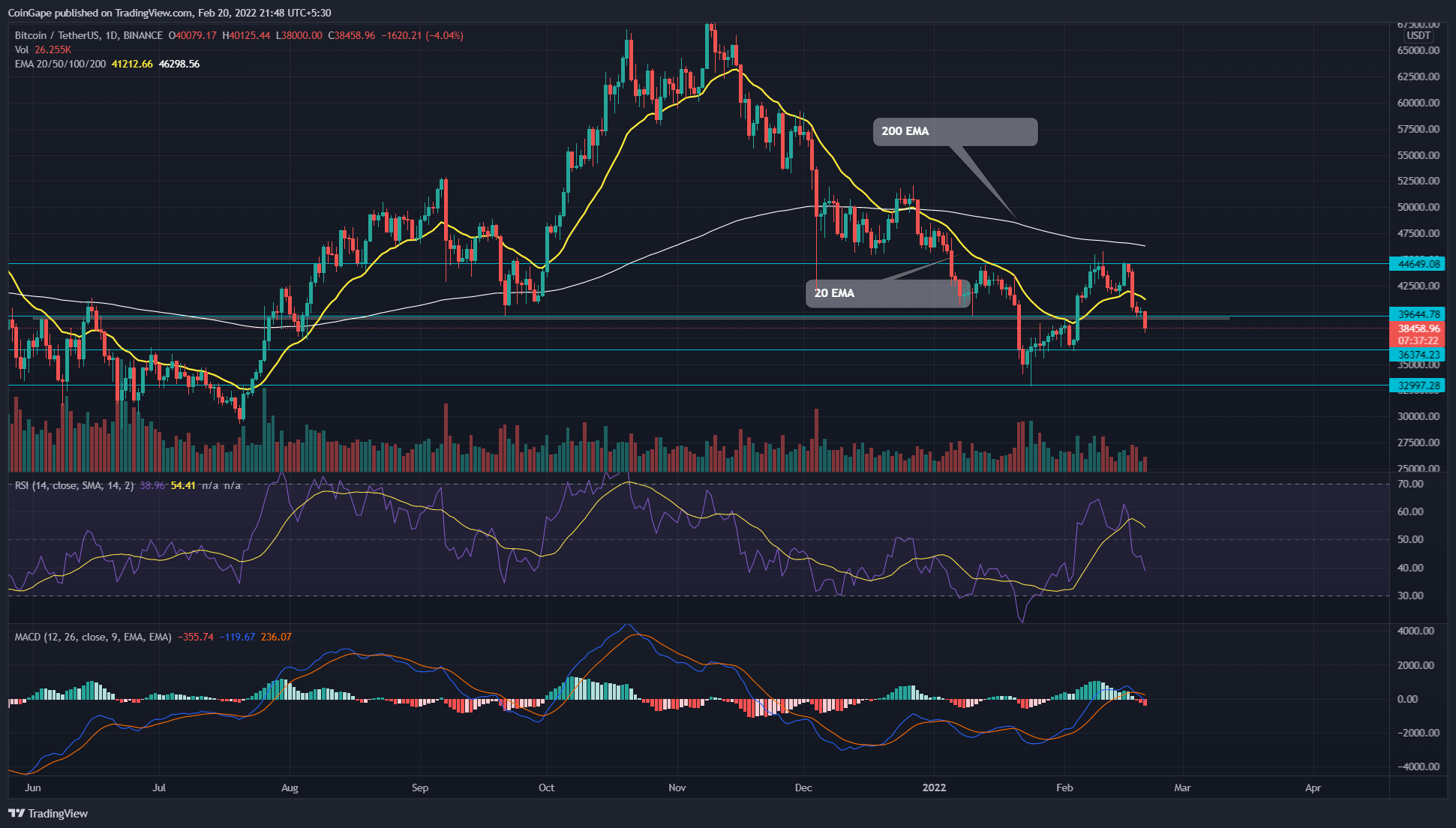 The Bitcoin (BTC) price rally registered a 36% gain when the coin reached the $44,650 mark. However, the sellers mounted stiff resistance at this level, resulting in a 6.81% retracement to $40,000. On February 15th, the buyers made another bid to breach the overhead resistance, but the second rejection with an evening star pattern indicated the traders are selling on rallies.

The sustained selling has pulled the coin price below the $39,600 support, threatening the continuation of the downtrend. The traders can expect a retest to the breakdown before the sellers sink the coin to January’s low ($33,000).

Anyhow, the traders should pay close attention to this support as a possible reversal could point to a bear trend bottom.

The MACD indicator provides a bearish crossover, reflecting a sell signal. Moreover, a breakdown from the neutral zone will accentuate the increasing bearish momentum.

BTC On-chain Data Indicates STH Are Under A Bearish Cloud Glassnode, an on-chain analytics firm, recently highlighted in their tweet, stating the Short-Term Holders (STH) are the most likely cohort to spend their coins in response to volatility.

The analyst displayed STH-NUPL and STH-MVRV metrics, which look into the unspent coin by the Short-Term Holder to determine their profit or loss as per the current price. Anyhow both these metrics are moving below their cost basis, i.e., (MVRV below 1 and NUPL below 0), indicating that on average the STH traders are holding on to losses.

Moreover, the STH-SOPR indicator which represents the degree of realized profit and loss for all coins moved on-chain, having a lifespan less than 155-days, is also moving below the 1 mark, indicating the STH are realizing losses.