Byt is bringing its world-class NFT marketplace to the world’s fastest and most inexpensive EVM, the Telos EVM (tEVM). Byt’s launchpad, and its highly accurate NFT rarity tracking and analytics tool, RarityMon, are creating the perfect storm for Telos’ NFT ecosystem to be catapulted to exciting new levels.

In addition, the world’s first NFT curator in crypto, “The Big Gooey”, has been hired by Telos to build a truly vibrant Telosian Collection. This, together with Telos’ strategic partnership with Byt plus RarityMon, is creating a powerful synergistic trifecta effect. 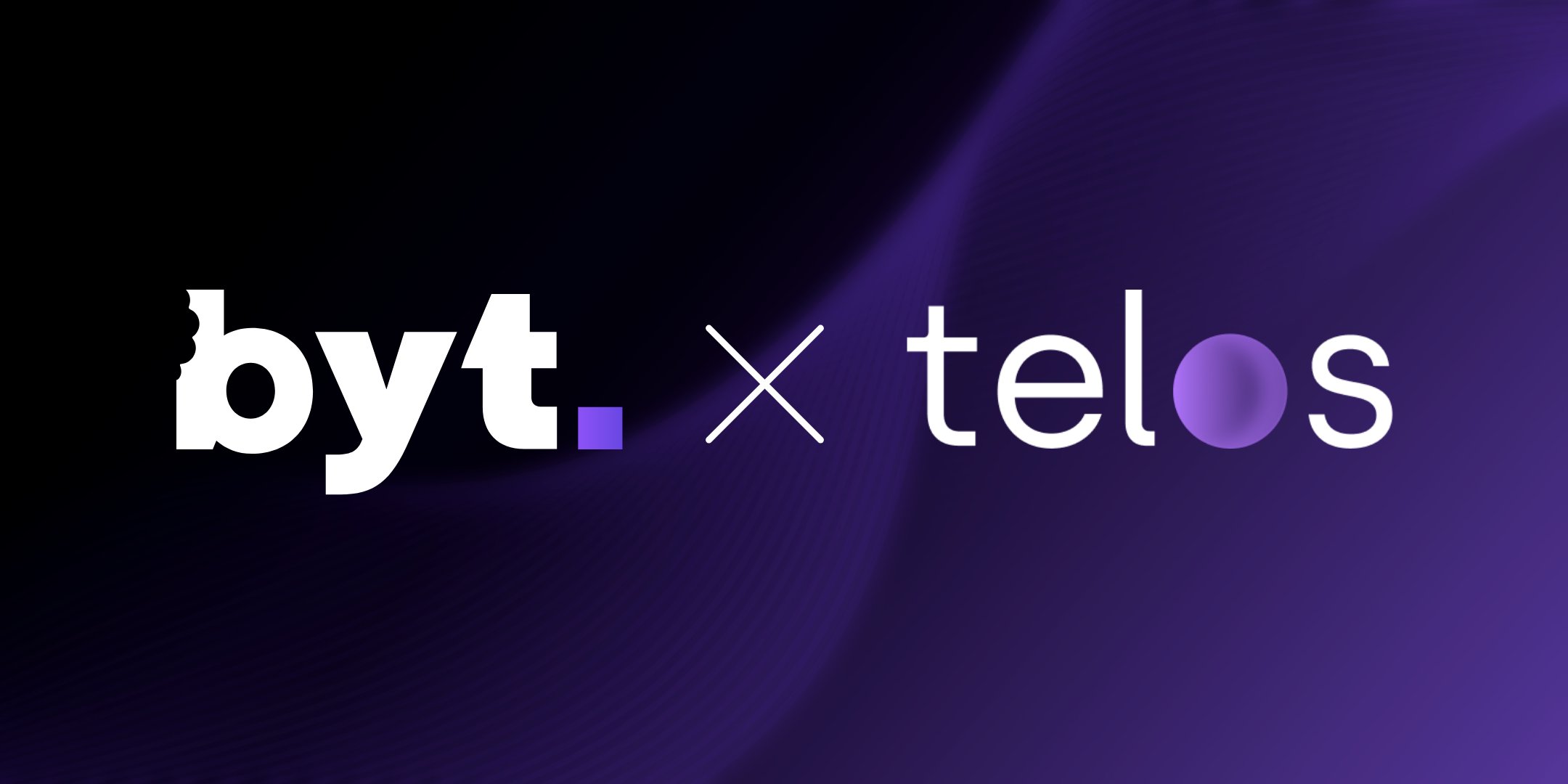 The Telos Foundation just announced their major strategic partnership with Byt . Byt is an NFT ecosystem consisting of a chain agnostic marketplace, world-class launchpad, and highly accurate rarity analytics tool, RarityMon . Together, Telos (TLOS) and Byt will build a robust NFT marketplace within the Telos ecosystem that will power next-level minting and management capabilities. Byt will also support Telos’ NFT competition and its own-brand NFT collection (unveiled in the next few weeks). Byt has been behind multiple extraordinarily successful NFT launches. One of which was the Neo Tokyo launch on Ethereum which rose to a peak market cap of over $500 million.

“The synergistic potential of this partnership is exactly what we have been striving to bring to our NFT ecosystem. The entire Telos team is super excited to see the tEVM put to work by a stellar NFT platform like Byt. Our speed, low costs, endless capacity, and no front running are sure to make NFT enthusiasts super happy.”

“Byt is extremely excited to be working with Telos, the fastest EVM blockchain, as they push towards the future of NFTs and Web3. With an already very established team, we hope to help push those efforts to a new level and support the NFT community on telos in a way that’s never been seen before.”

Powered by Byt on Telos, the Telos team is planning a major competition to bring NFT creation to the masses and is planning to integrate NFTs as an integral component of its Developer and Application Community.

To further the ambitions of growing Telos into the go-to Layer 1 for NFTs, Telos has hired the world’s first NFT curator in crypto, The Big Gooey (or TBG). TBG will lead efforts by supporting the art world and building a truly vibrant Telosian Collection on an NFT ecosystem that is powered by Byt and the tEVM. TBG will assist artists and creators to make Telos NFTs their first-choice media. 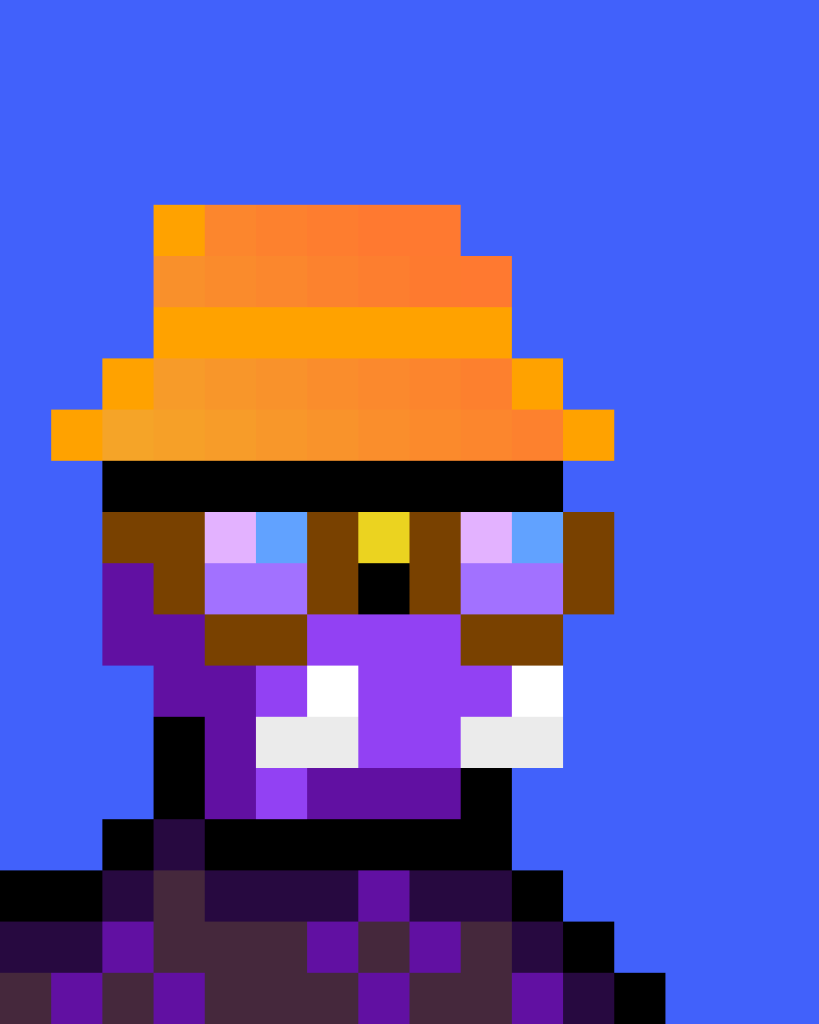 This next-level NFT ecosystem is going to enhance the end-user experience with ludicrous speeds, inexpensive fixed gas fees, zero congestion, and absolutely no front running. NFT enthusiasts are destined to appreciate the enhanced user experience that is being powered by the world’s fastest EVM.

The Big Gooey hails from the rain-soaked West Coast of Canada. Gooey has been working as a full-time artist in the crypto space. His art has appeared on multiple blockchains from Fast Food Frens (ETH) to Zillaz (SOL). His pixel art style is inspired by the super Nintendo golden era of games and early arcade classics.

TBG was one of the artists who brought NFTs to Telos, he’s woven himself into the fabric of the Telos ecosystem, and he builds a community wherever he goes. TBG won an adoring audience with Doug’s Donuts, and the upcoming TelosPunks is set to change the rules of what an NFT can be.

“I personally believe that nothing monumental can ever take shape without passion for the subject. In this case, that subject is an NFT ecosystem and the passion for this subject is not only prevalent with TBG but also absolutely contagious.”

Telos is making a strategic push into the booming NFT market. TBG will help lead the community end of the new Telos and Byt partnership. The partnership is also planning a major competition to bring NFT creation to the masses. Telos plans on integrating NFTs as an integral component of the developer and application community. TBG will work with artists and creators to make Telos NFTs their first-choice media.

“There are bright things ahead,” said TBG, “I’m several collections this year. I’m committed to the idea that Telos’ ethos of equal and fair access to finance is the future of how working-class people can better generate wealth.”

Telos Blockchain (TLOS) is a third-generation smart contract platform that offers compatibility with Solidity, Vyper, and Native C++ smart contracts. Telos provides full EVM/Solidity support with fixed low-cost gas fees and no front running and uniquely. Telos also offers a path to fee-less transactions via its robust native C++ smart contract support (also no front running). The chain can sustainably support hundreds of millions of transactions per day, it produces blocks in 0.5-second intervals on a first-in-first-out basis (eliminating front running on the network) and the network is securely validated by a truly equitably sized global block producer network. Telos performance is unrivaled in the industry and was purpose-built to offer speed, scalability, cost-effectiveness, true decentralization, and end-user fairness. Telos is built to facilitate the thriving Metaverse / Web 3.0 better than any other layer 1 blockchain. Telos harnesses its power by utilizing tight C++ on the frontend and a custom WASM runtime environment on the backend. Telos is exactly what Elon Musk recently described to be the best: Read Tweet Here

The Telos Foundation is a Decentralized Autonomous Organization established as a promotional and funding body to advance the Telos Blockchain Network and provide support to network applications.