CBDCs vs Crypto: The Ultimate Guide US 2022 | The Future of Digital Money A Threat To Bitcoin?

As the U.S. moves to regulate digital currencies more tightly, it considers establishing a U.S. Central Bank Digital Currency (CBDC) likely to be issued sometime between 2025 and 2030. In the meantime, cryptocurrency and stablecoin adoption continue to flourish.

A CBDC cannot only be used as legal tender to buy goods and services but has the potential to change the future of money. As Bank of America Corp strategists Alkesh Shah and Andrew Moss stated, CBDCs “are an inevitable evolution of today’s electronic currencies…” – Source: Bloomberg.

How, exactly, is the world changed by central-bank-issued digital currencies? Could CBDCs ultimately replace paper money? Do we need them, could they represent a threat to Bitcoin (BTC) or cryptocurrencies in general or trigger a coming collapse of DeFi? 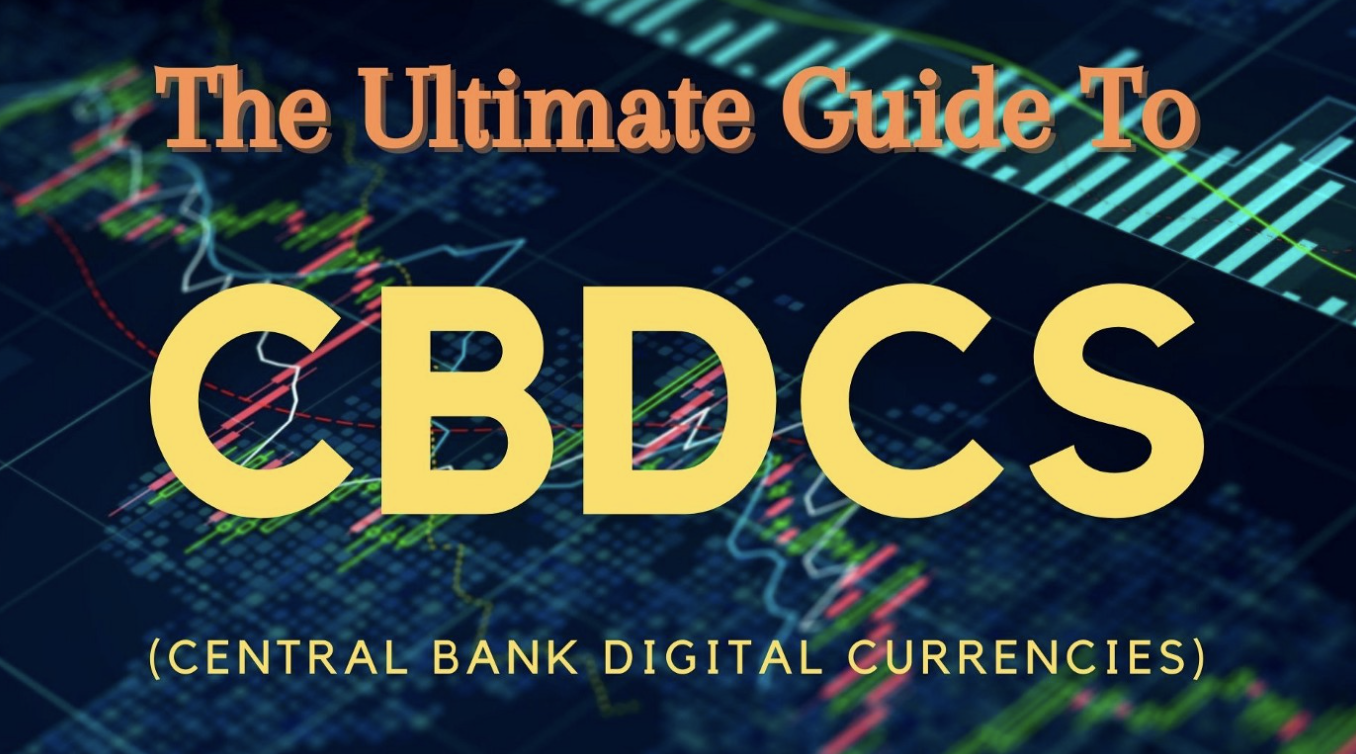 Largely unnoticed by the public, a technology is emerging that will fundamentally change the monetary system worldwide – and not for the better. In this guide, you’ll find everything you need to know about CBCDs and their impact on the future of money & society based on extensive research done by Ren & Heinrich.

What Is A CBDC?

Central bank digital currencies (CBDC) are digital tokens pegged to a country’s fiat currency. They are issued by a country’s central bank and can be used as legal tender to buy goods and services. They can be programmed to various aspects such as value, validity period and geographic distribution, and usability. [1]

What Variants Of Central Bank Digital Currencies Are There?

There are 2 types of CBDCs:

CBDC Development Around The World

Which Countries Have CBDCs?

Numerous countries are at different stages in the development and use of CBDCs. In 2020, the Bahamas introduced the first nationwide digital currency, the Sand Dollar. In China, the e-RMB is currently in the test phase in cities such as Shenzhen before the nationwide roll-out is expected to happen in the coming months. About 80 countries are currently working on central bank digital currencies. [3]

Why Are So Many Countries Working On Digital Currencies?

There are several reasons for this.

These 3 points pose a threat to the currency monopoly and competitiveness of states and central banks.

CBDCs are not cryptocurrencies. This is for the following reasons:

Can CBDCs Be Mined?

No. CBDCs are generated by a country’s central bank and are not mined as part of the proof-of-work (PoW) mechanism.

No, central bank digital currencies are not decentralized. This is intentional so that central banks can change their distribution, value, and other properties at any time.

Percentage Of Total Payments In The UK By Volume

Inconclusive. Cash is currently used for 80% of all consumer payments worldwide. Some central banks say that CBDCs are meant to be a supplement while others state in their goals that they want to abolish cash. In some places, cash is already becoming scarce.

As Edward Snowden aptly states in a blog post: “If you walk into a bank, even without a mask over your face, and attempt a sizable withdrawal, you’re almost always going to be told to come back next Wednesday, as the physical currency you’re requesting has to be ordered from the rare branch or reserve that actually has it.” [7]

In any way, there are signs that central bank digital currencies will significantly drive back the use of cash. In countries like China or Sweden, cash is already not as common as it was a few years ago due to the widespread use of mobile payment options. CBDCs are likely to amplify this trend.

Source: Your Money AND Your Life

In The Future, Will Everyone Have An Account With Their Country’s Central Bank To Receive Digital Currencies?

There are three models of CBDC issuance, as shown in the graphic above. Because commercial banks already have relationships with consumers, they are primed to distribute CBDCs. Peoples’ bank accounts are thus likely to remain with their commercial banks.

Can CBDCs Also Be Used Offline?

Unknown. Since a digital currency is a legal tender, some central banks say that the possibility of payment must be guaranteed at all times — even in places where there is no network, no internet connection, or even no electricity. However, for many CBDCs still in development, it is not clear if they will support offline use.

Opinions differ greatly on this.

How Do CBDCs Increase Public Surveillance?

Using CBDCs, central banks and government agencies can accurately understand how and what things individuals spend money on.

According to Vin Armani, a big problem with this technology is that users will not know what rules are governing their transactions. Meaning that for user A different rules might apply than for user B. For example, what they can spend their money on and where they can spend it.

Also, the issuer of a CBDC has total and instant control over the money supply. They can create and destroy digital money at the push of a button. They can make it vanish from users’ accounts if they wish to do so. [6]

@Blockchainsanta who works as an analyst and trader for an Australian crypto wealth management firm believes that the implementation of central bank digital currencies would naturally result in heightened levels of government control:

“For example, the recent protests in Canada resulted in PM Justin Trudeau freezing the bank accounts of protesters and their associates, inherently unbanking and isolating them. Similarly, China’s existing social credit system aimed to blacklist and punish citizens if the communist party deems them unworthy is another example of a growing desire for authoritative power. If a CBDC was to be implemented, these governments would be able to track every transaction, and would be able to identify and freeze accounts within seconds if they disagree with a civilian.”

Here is what Tom Mutton, a director at the Bank of England, said about the programmability of digital currencies in 2021:

“There could be some socially beneficial outcomes from that, preventing activity which is seen to be socially harmful in some way. But at the same time, it could be a restriction on people’s freedoms.” [8]

And this is what Augustin Carstens, Head of International Bank of Settlements, has to say about CBDCs:

As the Financial Times puts it: “[…] it will be nigh on impossible to issue such currencies outside of a comprehensive national digital ID management system. Meaning: CBDCs will likely be tied to personal accounts that include personal data, credit history, and other forms of relevant information.” [10]

@punk6529 argues that the inbuilt functionalities of CBDCs undermine democratic participation because they enable the people who control them to cut off others from the monetary system. Never before in human history has this been possible. At the same time, CBDCs (by design) lack the technical and institutional oversight to ensure that abuse does not take place. [11][6]

Are CBDCs A Threat To Bitcoin?

CBDCs in themselves do not pose a direct threat to Bitcoin, as they serve different purposes and are based on fundamentally different philosophies and mechanisms. However, they pose a threat to Bitcoin and crypto in general if their introduction is accompanied by a simultaneous ban or restrictions on the anonymous use and accumulation of cryptocurrencies – therefore could trigger a potential collapse of DeFi.

@Blockchainsanta thinks that in the long run crypto will NOT benefit from CBDCs: “While central bank digital currencies may initially represent a positive case for crypto on the surface level, this wouldn’t be the case. Governments would abolish the ability to invest in cryptocurrencies as a method to encourage the use of their own CBDCs.”

However, Marty Bent believes that CBDCs will not be able to compete with Bitcoin, as long as it remains sufficiently distributed. That’s because people can make the “decision to opt into a globally distributed peer-to-peer monetary network with a native token that has a hard-capped supply that cannot be manipulated or to continue using monetary goods that are thrust upon them by increasingly authoritarian governments.” [12]

And Maajid Nawaz claims that an increasing number of people around the globe are realizing that cryptocurrencies are a dependable means of exchange, even as national currencies fail. This is something central banks do not want. “[…] because decentralised crypto currencies such as Bitcoin cannot simply be erased from the internet, Big Finance will seek to sweep up as much Bitcoin as possible. This strategy creates ‘whales’ among traditional money men, who then have the power to destabilise the market due to their large market share. Whether it will work is another story.” [5]

Do We Need CBDCs?

If we put banks and governments aside with their ever-increasing thirst for power, anyone who is satisfied with cash and the various other payment options that are currently available will most likely not need CBDCs.

But if we really want to find an argument for CBDCs from a retail perspective, then it is this: Most existing digital payment options require either registration and/or a bank account or credit card, which often come with fees. In addition, not all merchants accept payment via every digital payment provider. In contrast, CBDCs are official legal tender issued by a central bank with the same functions as physical cash. The use of these digital currencies would also be easier in some cases, for example when using chip cards or cell phones.

Via this site: Your #1 Guide To CBDCs